COVID-19 UPDATE: Artemisa Fence & Ornamental is taking all precautions necessary to maintain the safety of our staff and customers. Social Distancing rules are in effect for all field staff working at customers homes. If you have any concerns, please call the emergency number listed, (786-671-8432), and we will respond immediately.
Call Now! 305-221-0214 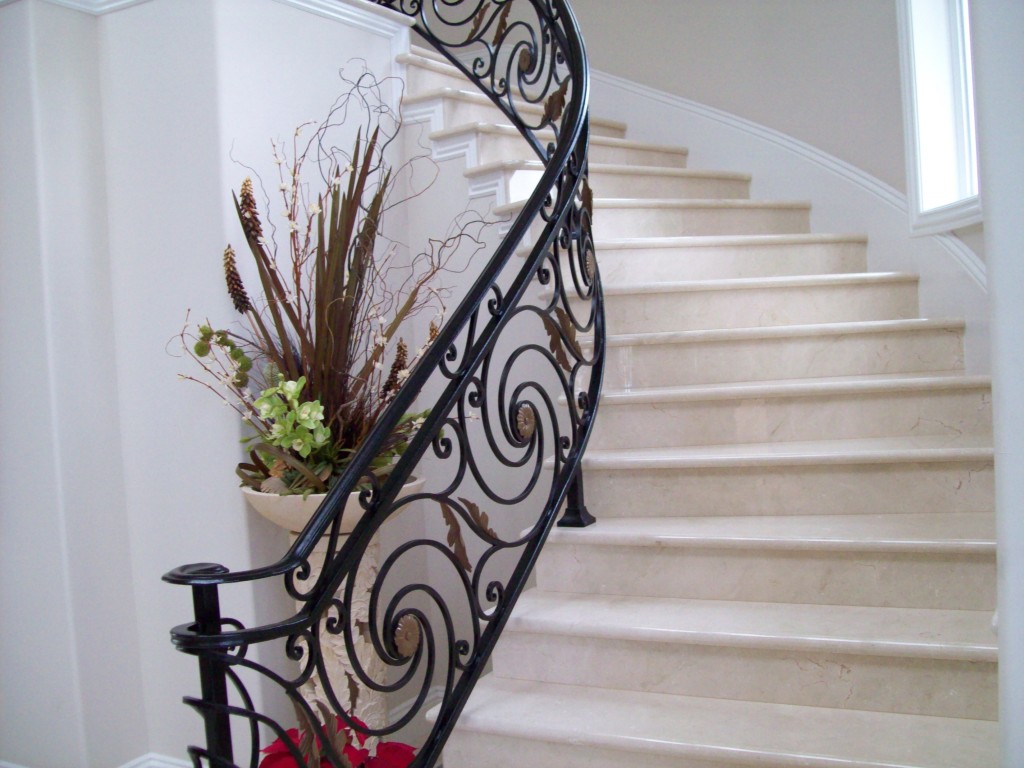 At Artemisa iron works interior work is one of our specialties. We pride ourselves delivering a professional product and leaving your home cleaner then before we started.

You won’t be dissapointed!

Artemisa builds a wide range of custom planned and created railings for all residential and business property remedies. Our design pros can conceive of a railing that can match any building approach and augment a fresh sophistication to any decoration. It doesn’t matter whether you’re looking for a very complex design or just require something simple, if you can think it up, we can fabricate it.

Picture how your current foyer, deck or patio, stairway, or balcony would come across with a beautifully worked, wrought iron railing. Because we get only the best materials and our workmanship is the best around, your new wrought iron railing will last a good long time adding magnificence, luxuriousness and worth to your house or landscape.

Each of our wrought iron railings are put together locally in our Hartford warehouse by skilled craftsmen and trained fabricators who make use of only the cutting-edge machinery and the choicest materials. Railings are put together in sections and then welded together at your location to create the strongest connection imaginable. All of our wrought iron railings are custom designed employing solid steel or stainless steel allowing us to assimilate any decoration or design you can come up with. Keep in mind, if you can visualize it, we can make it.
If you can visualize it, we can make it! We also plan and fabricate wall decorations, roof ladders, folding security gates, security window gates, flower boxes, arbors, trash enclosures and spiral staircases. To see samples of our designs, visit our gallery page. You’ll see that we can fabricate any wrought iron elecment to accent your house or property.

We work on projects large and small, simple to complex, and on residential homes to large commercial properties. Our ornamental Artemisa iron fences, gates and railings are perfect for both interior and exterior applications and add the perfect touch to your property. In addition, Artemisa provides outstanding service to its clients supporting your project from beginning to completion. If you need an estimate please do not hesitate to contact us and our technician will come to your home or business to speak with you and build a custom project that is just right for you or go online and fill our our quick-quote request form. 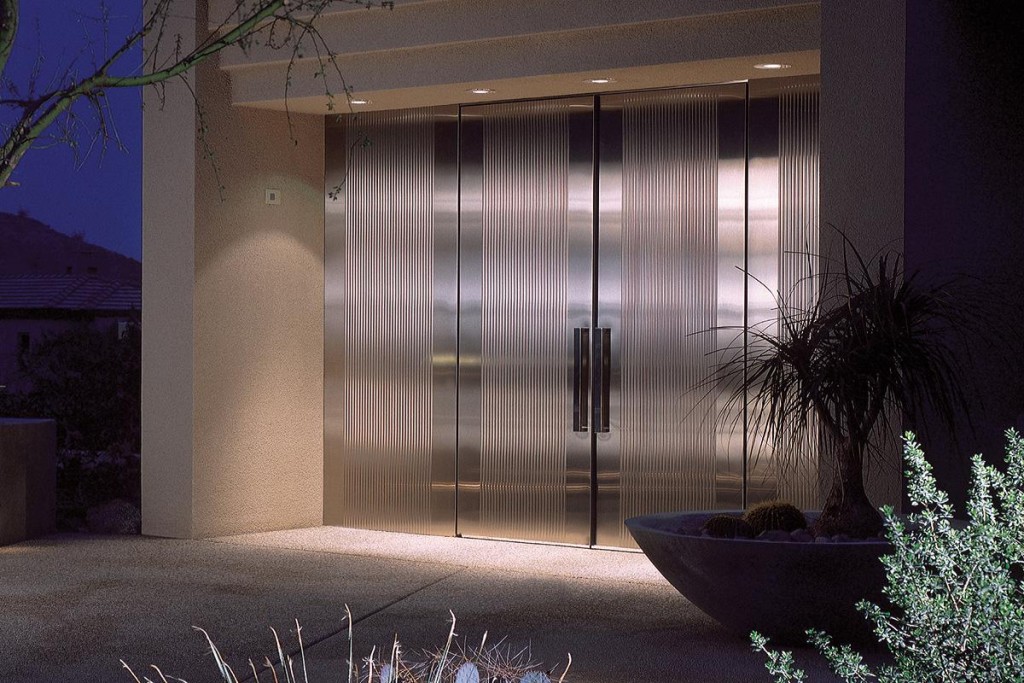 Metal doors can add a delicate sophistication and charm to your home, while being secure, resilient, and low on maintenance. These are usually used to secure entrances to the garden, add entrances to the fence, on walkways and driveways, etc. Some people also use metal doors for their main entrance to their home.

Metal doors are strong and add another layer of security to your home. However, choosing the right design is vital otherwise your metal door would look out of place and downright ugly. Here are some metal door design ideas for your home.

This is one of the most commonly used door designs amongst home owners. Metal is more versatile than wood and significantly more affordable. While adding sophisticated designs to wood is expensive, adding them to metal can be pocket friendly. The traditional designs include arches, filigree like designs, and solid black or metal tone colors.

These designs are great if you want a door that doesn’t clash with the overall architecture. These kinds of designs seem to fit in well with most of the houses you would find in Boston.

There are some metal door design ideas out there that are bold and unusual. These definitely stand out and are eye catching. For example, if you add a spider-web design, or a sunburst design, etc, to your metal front door, it’ll definitely draw attention. However, such doors don’t generally fit in with traditional architecture. If your home is more modern looking and has a quirky décor, these adventurous and artsy doors can add interest to your home.

The versatility of metal is such that it can be molded and shaped into hundreds of different designs easily. That allows considerable freedom to pick a design that expresses your individuality.

Metal door design can be used to great effect in contemporary and modern homes. These doors can look sleek and futuristic, or distressed and artistically worn. These doors, again, add interest and can catch people’s eye easily. However, the implementation should be right for these doors to truly shine.

Metal doors are strong and will last for a very long time. While they can form dents, these can be easily repaired. They’re definitely a wise investment to make. 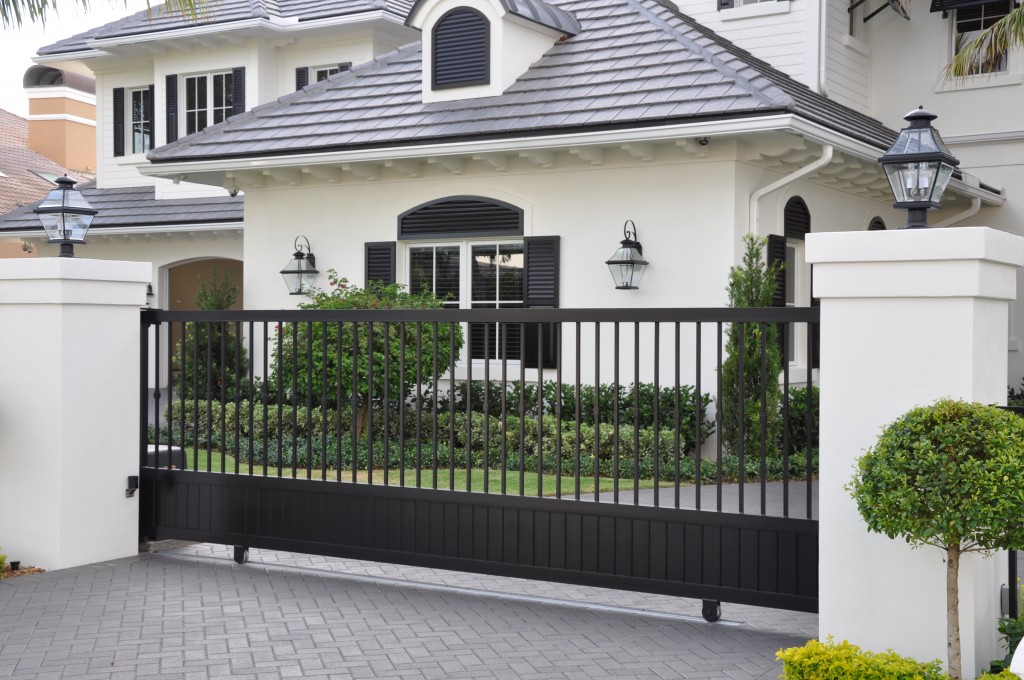 There are several advantages of installing driveway gates in Miami. Not only are they very elegant additions to your property, they increase the security of your home. They’ll also increase the value of your property and enhance your curb appeal. However, choosing the right one can be a difficult. There are several different types of gates available in the market today and trying to understand which would suit your purpose isn’t as easy as it sounds.

Everyone is familiar with wrought ironwork. I once asked some children on a workshop visit what they understood by the term ‘wrought iron’ and the reply was “It’s black and it’s cheap”! This is the kind of image blacksmiths have to put up with.

The term ‘wrought iron’, nowadays often used in just the way the children understood, also covers a wonderful branch of craftsmanship that many would categorise as Art. Although it has a pedigree stretching back to the Romans, wrought iron flowered in Britain at the beginning of the eighteenth century, the ‘Golden Age’, which gave us the great gates to the stately homes and palaces. Many of these are now three hundred years old and it is a tribute to the skill of the old smiths, and to the materials they used, that the ironwork has lasted so long. However, there is some maintenance involved!

Iron, in its common modern form of mild steel, is well known for its desire to oxidise just as quickly as it can. Car bodies, garden furniture and modern wrought ironwork all need a good deal of maintenance to keep them free of rust, so much so that it’s automatic nowadays for steelwork which is to last outdoors to be galvanised. There was no such protection given to the old ironwork.

Old metalwork is usually made from either cast iron – familiar from the Victorian period – or a metal known as ‘wrought iron’, which is unlike modern materials in that the primitive refining techniques of the time did not remove the impurities but included them in the matrix of the metal in the form of fibres of glassy slags. These slags are similar to glass, and as a result add a measure of protection to the iron. Any non-cast item from before 1914 is likely to be wrought iron, and with reasonable maintenance, can be made to last indefinitely.

Wrought iron is commonly covered in paint (please don’t paint it black) but there are many familiar examples where this is not the case. Very often on country roads you will see rusty looking estate type railings which are often a hundred years old, and just as often still doing a good job. Painting wrought iron improves its appearance, but unless the paint film is maintained, does not necessarily protect. When the paint film starts to deteriorate it can trap moisture close to the iron surface, resulting in corrosion. Similarly, if there is a build-up of rust scale in a water trap, the scale itself can trap moisture against the surface and make the problem worse.